Now into our seventh year of our long standing relationship with Manchester City, Absolute were tasked with creating a truly memorable 2021 Christmas campaign to promote their latest merchandise and experiences.

We approached the campaign slightly differently this year, creating a flexible suite of assets which could be evolved and adapted as Christmas draws near.

The 2021 campaign concept centred around the headline ‘This City Loves Christmas’, which inspired us to create a set of festive scenes for use across City’s various channels over the Christmas period.

Each composition features iconic City players in common match day situations, together with their Christmas gifts to create a playful yet subtle aesthetic. 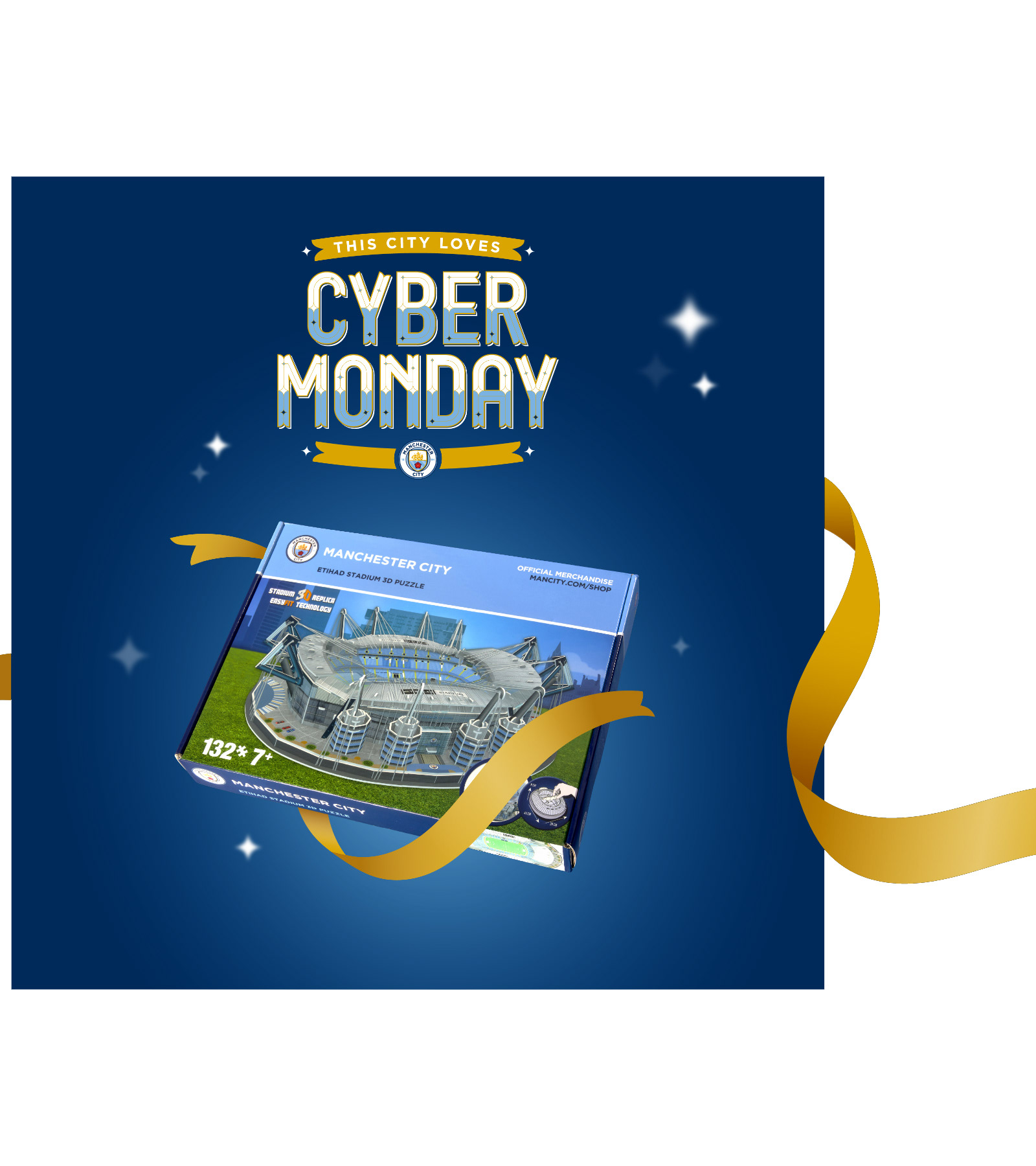 The players were individually captured in a set of pre-determined poses and portraits.

For the first image, the players were captured walking onto the pitch in a selection of MCFC Christmas jumpers. The second image played upon the iconic pre-match line-up, which features the campaign headline and hero products together to create a striking visual.

The campaign was well received by fans on social media due to its playful tone, and allowed City’s brand personality to shine through whilst driving sales. The perfect result for both City and Absolute! 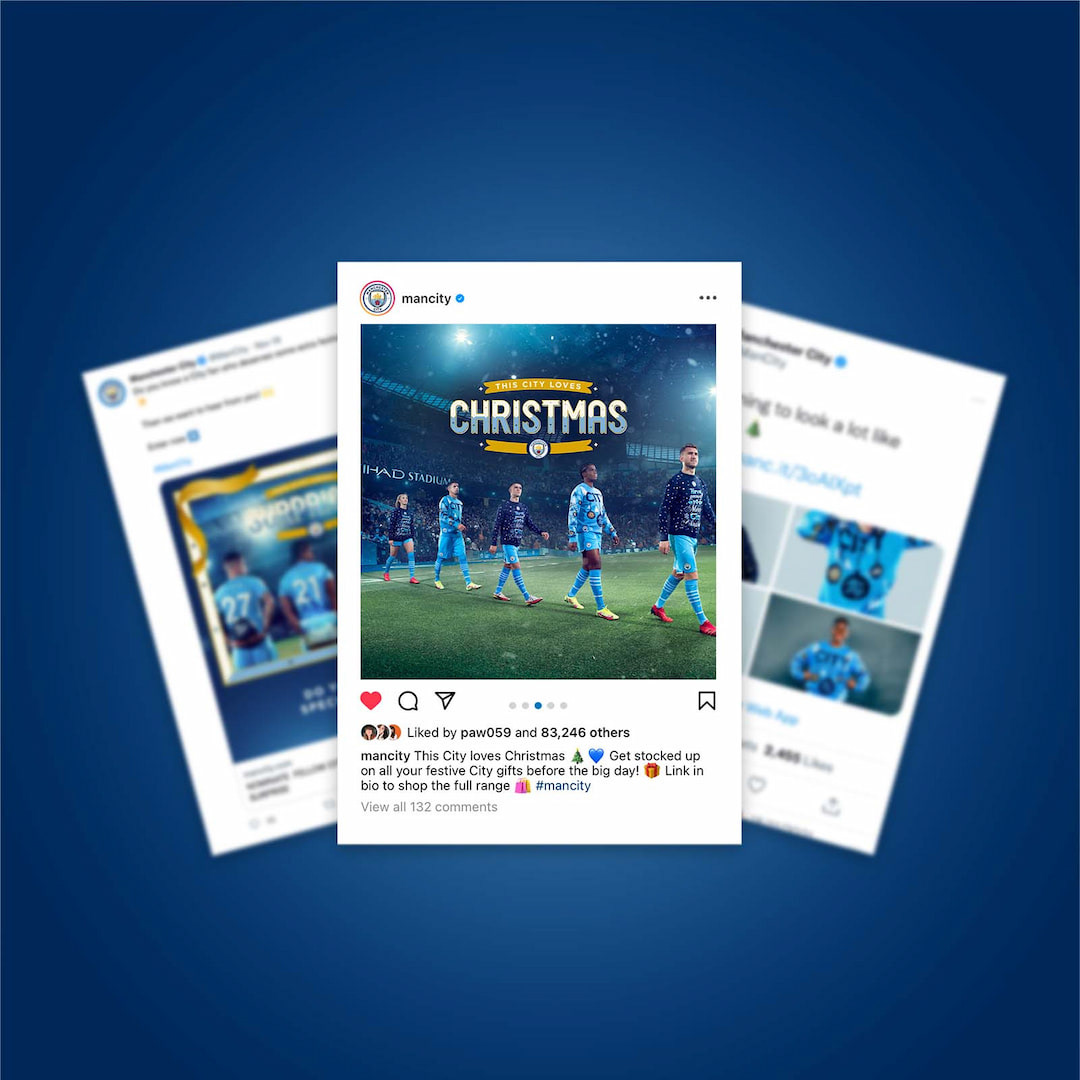 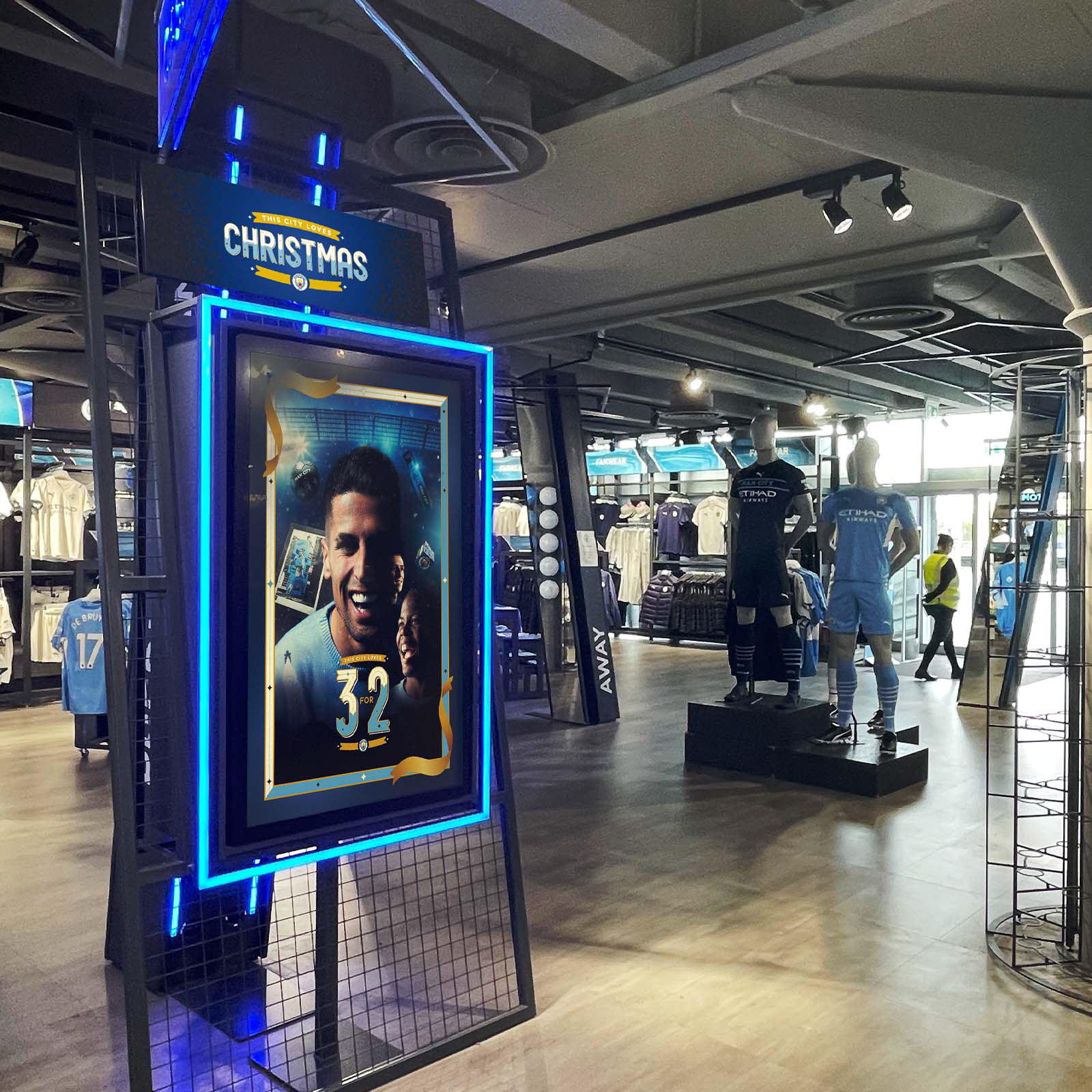 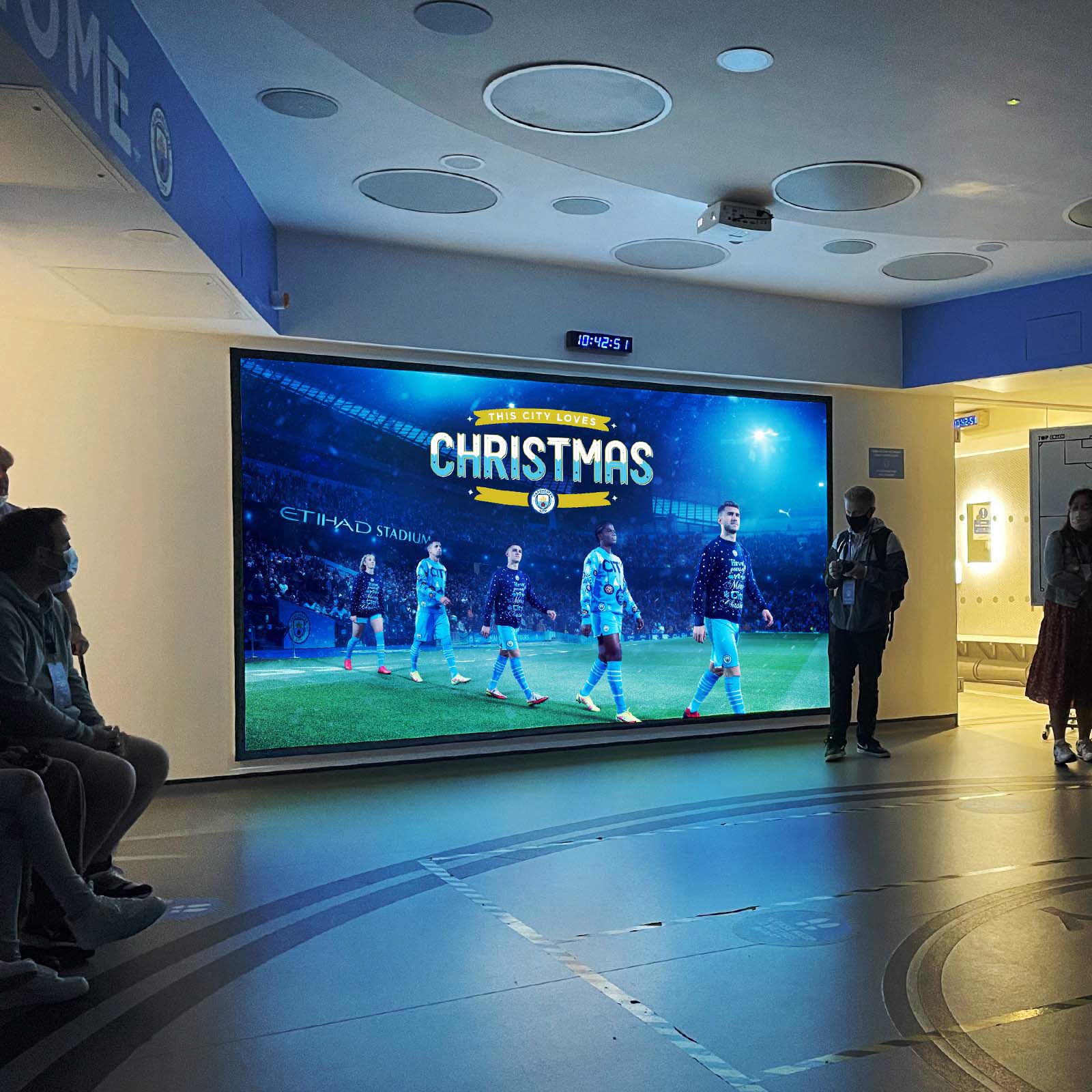